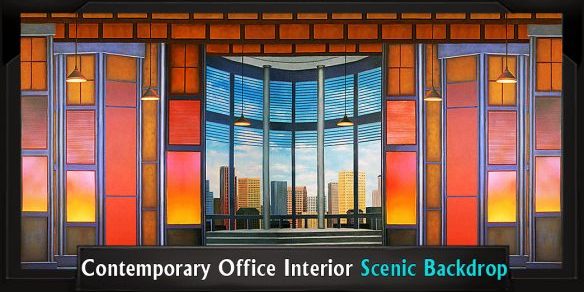 How To Succeed in Business Without Really Trying follows the adventures of J. Pierrepont Finch, a young window cleaner who dreams of making his mark in NYC. The musical is based on the best-selling 1952 satirical novel of the same name written by Shepherd Mead. In the musical, Finch reads this book, follows its advice, and shenanigans ensue. The book was adapted for the stage by Abe Burrows, Jack Weinstock, and Willie Gilbert and set to a score by Frank Loesser. The musical opened on Broadway in 1961 and ran for over 1000 performances. It won several Tonys and has been revived and restaged countless times since then. How to Succeed… is a wild ride of ambition, love, Wall Street, and a love letter to NYC itself.

The fun of How to Succeed… lies primarily in the plucky characters, the inane whirlwind of the high-stakes business world, and the lessons about life and love that the characters learn along the way. With an incredible score and true Broadway show-stoppin’ dance numbers, it’s safe to say that, in this case, the background stays… well, in the background! That doesn’t mean backdrops are unimportant, however. No matter how talented your set building team is, capturing the aura and image of New York City is no easy task. Let’s take a look at the fun and intricately-detailed backdrops that TheatreWorld has to offer. They’re sure to take your set design to the next level–there’s no question you’ll “succeed”!

This Lights of N.Y.C. Backdrop features a stunning skyline set against the indigo and amethyst tones of an East Coast sunset. The sharp outline of the high rise buildings rise into the darkening sky with bright light details of a city coming alive at night. Those lights spill across the East River in a colorful rainbow of accent details. It’s great for setting the tone of the opening scene of How to Succeed, with all its metropolitan splendor! You can also opt for this drop to set a dreamy tone for some of the more romantic scenes between Finch and Rosemary Pilkington, the ambitious secretary who is immediately drawn to Finch’s singular charms.

Another skyline view can be obtained using this NYC Skyline From the Park backdrop. This drop features the same cityscape, but with a very different feel. The skyscrapers stand proudly under the clear blue sky of a bright summer day. A thousand pinpoints of light still dot the buildings, but reflect more softly on the river. The foreground is set on the luscious green lawn of a borough park, while the emerald green leaves frame out the edges. A plucky little ferry traverses the clear river, giving the drop some energy and motion. This could easily capture the ambitions of Finch, who dreams of being part of the city.

This third skyline option shows the Brooklyn Bridge at Dusk and brings plenty of drama and contrast. Dark blues play off the bright amber city lights, while the famous bridge arches over a river positively glowing. Symbolizing the distance – and connection – between Manhattan and Brooklyn, this drop would be a great way to convey the ambition and upward movement aspect of the storyline.

The majority of How to Succeed happens in the workplace of the World Wide Wicket Company, an ambiguous conglomerate that channels all the drive and grit of Mad Men without specifying exactly what it is that the company does. This makes the story both timeless and relateable, a cautionary tale about the hollow grind of high-stakes business. You’re going to want to be sure to set the tone just right for this “entity”, since it is practically a character in its own right!

This Stylized Office Highrise backdrop is a great choice. The windows that Finch started out washing stay in the scene, framing out a colorful skyline behind. This time, the city stands out in bold primary colors of yellow, blue, yellow, teal, and orange, lending a cartoonish feel that suits the boisterous characters and their zany adventures!

Another great option is this Contemporary Office Interior backdrop. The amber, gold, pink, and fuchsia tones really channel the bubblier side of the 1960’s aesthetic. The city still peeks in the central, angled windows, ever present and gleaming in the sunlight. Meanwhile, inside the office, darker panels and sturdy columns suggest the darker sides of the business world.

This Million Dollar Penthouse backdrop would be a fun choice as well. Two long walls of enormous windows look across the river at Lower Manhattan. The whole room is bathed in the pink glow of sunset. The furniture could easily double for the lobby of the World Wide Wicket Company building or the reception area outside Mr. Biggley’s very own office.

If it’s high drama and high stakes you’re looking for, look no further than this Bank Interior backdrop. Forced perspective makes this drop positively loom over your stage. Opulent marble columns with dark veining hold up a golden, arching ceiling. A massive crystal chandelier dominates, shedding light while feeling oppressive in its grandeur. Audiences will love watching Hedy laRue and Mr. Biggley’s tete-a-tetes play out against this lavish setting!

Humble Beginnings – Inside the Mail Room

Of course, not all of Finch’s adventures take place in the lofty heights with the CEOs. He has to start in the mail room. While he doesn’t spend much time there, it would be fun to contrast the open city views with a more enclosed setting for Finch’s humble beginning. This Modern Loft Interior backdrop would do the job nicely. Brick walls are the main feature here. Their coral hue plays nicely against the blue window frames and grey cement floor. While we can see the city buildings outside, they are indistinct, and open sky is nowhere to be found. A low-hung walkway and open upper level suggest the great behemoth of a company that is sitting right above Finch’s head.

This Brooklyn Loft backdrop would also provide a nice contrast, while keeping the city feel. The large windows show the city outside, well below the skyline, down near the street where the minions work. Dark shadows and shabby details show that we’re not at the top of the city any more! The city is out there, but it’s going to take some work to make it to the top.

Finch gets a big break-out “idea” that nabs him Mr. Biggley’s favor and involves the media to launch his plan. So try this Vintage Recording Studio backdrop for those priceless scenes, where Hedy launches – and then accidentally torpedoes – Finch’s great idea. The red-paneled walls play off the colorful tiled floors and bring that 1960’s studio feel to life! Some set cameras and clever lighting design could instantly transform this into a scene fit for any home television in America.

It’s easy to see how, even in a show that’s not heavy on scene changes, setting the stage with a few key backdrops is incredibly vital. TheatreWorld’s wide variety of drops and talented, experienced staff are ready and waiting to help you put together the package that best suits your vision for How to Succeed in Business Without Really Trying. So contact us today, and let us show you How to Succeed…. at putting together a family-friendly show that your audiences will adore!