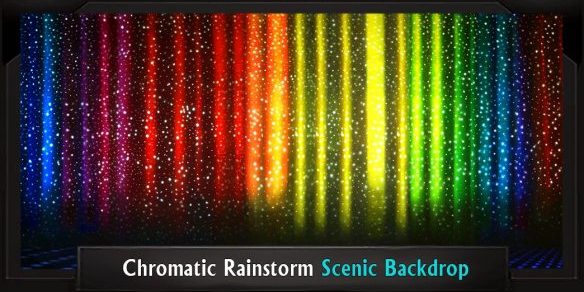 Joseph and the Amazing Technicolor Dreamcoat Backdrops and Scenery Perspectives

Calling all dreamers! Theatre has the power to transport audiences across time and space. So let’s take a journey to ancient Egypt, as we explore the delightful story of Joseph and the Amazing Technicolor Dreamcoat. Joseph… was written by the dream team of Andrew Lloyd Webber and Tim Rice in 1965. It was not actually staged 1970, but has enjoyed countless productions since then. Based loosely on the story in the Bible of Joseph and his coat of many colors, the show is family-friendly and features catchy tunes that everyone can enjoy. The show is perfect for schools and amateur groups, but also fun for community and professional theaters. Regardless of the size of your group, Joseph… is a fantastic addition to any season. Let’s take a look at this uplifting story and the TheatreWorld backdrops that help bring it to life!

The show, which is almost entirely sung-through, starts with the Narrator (“Prologue”), who will guide us through the story. The Narrator sets the stage and introduces Jacob, the father of 12 sons (“Jacob and Sons”). The youngest and favorite son is Joseph. He is a dreamer (“Any Dream Will Do”), which irritates his brothers. Tensions rise when when Jacob shows his favor by giving Joseph a splendid, colorful coat (“Joseph’s Coat”). To add insult to injury, Joseph then has a dream in which he rules over his brothers (“Joseph’s Dreams”). Angry, his siblings plot his demise but instead of killing Joseph, they instead sell him as a slave to Egypt (“Poor, Poor Joseph”). They then go home and tell their father that Joseph was torn apart by wild animals, leaving Jacob heartbroken.

Jacob was famously wealthy, so use the right backdrop to show the affluence of this patriarch and all the comforts Joseph stands to lose. This Ancient Middle Eastern Town backdrop shows an affluent settlement nestled amidst the greys and browns of the deep desert. A strong wall shows security and comfort, while palm trees stand sentinel over a welcoming, winding road. This could well be the home of Jacob’s blessed clan, unaware of the tragedy about to befall them.

This Desert Encampment backdrop would be a bold alternative! Brightly colored tents dot the golden sand underneath cotton candy clouds in an azure sky.  The Egyptian statues framing each side foreshadow the tragic – yet, ultimately, triumphant – journey ahead.

This Agrabah Marketplace backdrop would also make an excellent choice for the opening of this show. Lively market stalls crowd the streets of an established town of obvious renown. The mix of colorful wares and stoic, stone buildings signify the security and affluence of the sons enjoy, while deeply shadowed passageways in the center of the drop hint at dark times to come.

Joseph becomes a slave in the house of “Potiphar”, but his handsome looks attract the unwanted interest of Potiphar’s wife. When the Egyptian catches his wife trying to seduce Joseph, he assumes the worst and throws Joseph in prison. Joseph languishes there, trying to keep his spirits up (“Close Every Door”). He interprets the dreams of two of his fellow inmates and it brings new purpose to his otherwise disastrous life (“Go, Go, Go Joseph”).

Joseph’s arrival in Egypt is hardly joyous. Try this Abstract Pyramids backdrop to convey the looming, cold shadows of the Egyptian country. Sepia tones with cocoa shading reflect the weight of these national landmarks, just waiting to crush the spirits of our beleaguered hero.

For a similar effect, but with even more drama, try this Pyramids at Sunset backdrop. The Pyramid at Giza and its smaller companions still dominate the scene, this time bathed in the blood red tones of late sunset. Crimson clouds hang ominously in a darkening sky, as the last light of hope fades beyond the horizon.

For Joseph’s prison cell, try this Field Stone Wall backdrop to really channel that sense of bleakness and imprisonment. Variegated stones are drawn in intricate detail with pops of pinks, blues, and greens. The stones are held together with thick mortar, creating an impenetrable fortress. Combine with simple pinpoints of light in a dark stage to instantly conjure the deepest oubliette.

In Act II, Pharaoh is plagued by dreams no one can interpret. The freed inmate remembers Joseph’s dream-interpretation skills and tells Pharaoh, who summons Joseph from prison. Pharaoh describes his nightmares in a song. However, this pharaoh is no mummy – he delivers this song in the hip-shimmying style of an Egyptian Elvis (“Song of the King”)!

After all the trauma of Act I, it’s time to party in Act II! Take full advantage of the opportunity to raise the mood and tempo of the show back up by giving Pharaoh’s entrance enough glam to suit The King. Try this Pharaoh’s Palace Interior backdrop to show the power and abundance of the Egyptian royal class. The audience journeys with Joseph from the dungeons to the grand throne room, complete with towering pillars and gleaming tiles. Hieroglyphic details paint the walls and columns, telling the story of Pharaoh’s conquests.

Another option would be to really play up the Vegas feel with this Le Cirque Lights backdrop! Blue, pink, and chartreuse spotlights streak across the background. Enhance the painted lights with your own dancing light effects.

This Laser Lights backdrop also brings a party atmosphere, but in a more abstract way. Drop this behind your own Egyptian throne room set pieces for an old-meets-new techno vibe!

Joseph promptly divines from Pharaoh’s dreams that there is a great famine coming, and only by swift action can Egypt not only survive, but thrive during the coming hard years (“Pharaoh’s Dreams Explained”).  He is instantly promoted to a position of immense power over all of Egypt – second only to Pharaoh himself – to oversee the implementation of the plans to survive (“Stone the Crows”).

Things have certainly turned around for Joseph, so let this Pyramids with Sphinx backdrop represent the change in his fortunes. The towering pyramids are still present, but this time they stand proudly against a clear blue sky. The sun gleams brightly overhead, warming the sandstones and the sphinx crouching mysteriously in the foreground. The strong solar rays also represent the relentless famine that’s about to bring disaster to the surrounding areas, catapulting Egypt – and Joseph – to wealth beyond their wildest dreams.

Back in Canaan, Jacob and his remaining 11 sons have not fared well. The famine is hard upon them, and they are on the brink of perishing (“Those Canaan Days”). The brothers end up traveling to Egypt and begging for food – from Joseph! Disguised so they cannot recognize him, Joseph agonizes over how to deal with his treacherous brothers. He devises a plan to trick his brothers into revealing their true natures, only to find that their hearts have changed (“The Benjamin Calypso”).

Use this Tranquil Savanna backdrop to capture the desolation of the nearby, starving lands. A few dried up, sparse plants are all that remain on what was once a clearly flourishing savanna. Now, there’s just emptiness as far as the eye can see. Towering mountains call the sons of Jacob to take a dangerous journey to beg for help.

Delighted that his brothers have turned from their wicked ways, Joseph reveals his true identity and forgives them of their past wrongs (“Joseph All the Time”). The show ends with Jacob and Joseph’s tearful reunion (“Jacob in Egypt”), as Joseph once again dons his colorful cloak.

This Chromatic Rainstorm backdrop is a no-brainer for this big finish!! Theatre loves its happy endings, and there’s no better way to backdrop Joseph’s reunion with his father – and the coat that started all this trouble! – than with these rainbow colors, painted in playful streaks across a sparkling background.

The eternal bond of family, despite jealous feuds and lost time, is just one of the themes this charming show captures. It also explores personal integrity, the value of suffering and enduring even the greatest of hardships without holding onto resentments, and the power of karma and divine justice – and forgiveness. These themes make Joseph… a story that is always timely and relevant. With catchy music, a large cast that spans many age ranges, and the uplifting message, Joseph and the Amazing Technicolor Dreamcoat is a brilliant addition to any stage. Contact TheatreWorld today to bring your own dream to life!