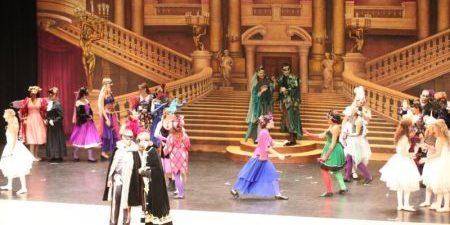 High quality stage shows are a byproduct of Fine Arts Education Programs in communities both large and small. One such program worthy of recognition is The Park Hill South Performing Arts Program located in Kansas City Missouri. The creative minds at Park Hill South put on professional quality shows throughout the year. One of their most recent productions, PHANTOM OF THE OPERA, recently finished its run. Under the guidance of Vicki Hodges, Elizabeth Brockhoff and Diane Markley, the young actors, tech crew members and musicians masterfully presented Broadway’s longest running musical to their local community. We are proud that selections from our PHANTOM OF THE OPERA backdrop suite were able to support such a well-planned and delivered production.

It Takes a Village… 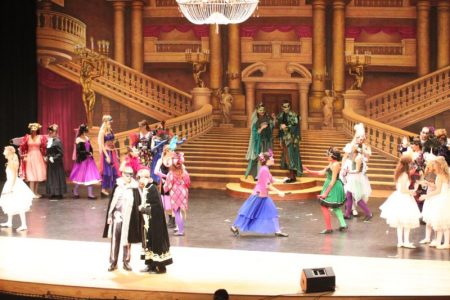 The team at Park Hill South dedicated their time to this show for nearly a year. Three Directors and an impressively sized cast combined their talents to make this production a reality. The 49 cast members who performed in the show underwent four auditions. They had to display their acting, singing and dancing abilities before making the final cut. Finally, they were joined by 35 musicians and “numerous crews, which pushed the total participation to nearly 200”. Additionally, members of the local community supported the show by volunteering their time. Their help was a vital part of the production’s success.

The student cast rehearsed five days a week to perfect their rendition of the show before they presented it to packed houses. (Especially impressive, since the theater seats nearly 900!) Those outside the theatrical community often do not realize the effort and dedication required for a successful high school theatre production. Bringing together the better part of 200 cast and crew members is no easy feat, even at the professional level. Programs like Park Hill South, who do it on a regular basis – and with a young cast and crew – are truly a testament to the theatrical community.

Creating the World of PHANTOM OF THE OPERA Onstage 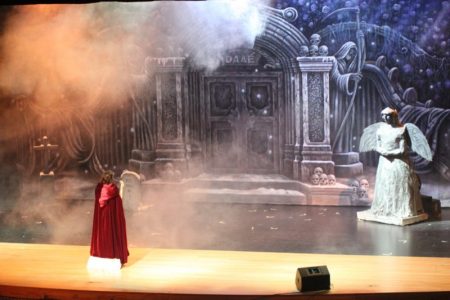 Student actors got a taste of what it takes to participate in a full-scale theatrical performance from the very beginning. From the intensive audition process, to working on their own time to raise funds and sell tickets to the shows, the young cast showed true professionalism. The directors reached outside of the school to secure Broadway-class backdrops and costumes. Next, the crew members got to work, building set pieces that could find a home in any number of notable venues.

Under the watchful eye of the directors, the students also incorporated a wealth of effects into the production. The production team used targeted lighting and synthetic fog in multiple scenes. For example, one of the most impressive effects involved bringing in two-way glass to create mystical imagery for the scene where Eric meets Christine from behind the glass in her dressing room. What appears in the photographs to be a digital projection is actually the result of planning and technical prowess. (Creativity like this is not an everyday occurrence.) All aspects of this PHANTOM OF THE OPERA production were reminiscent of a full scale touring production. 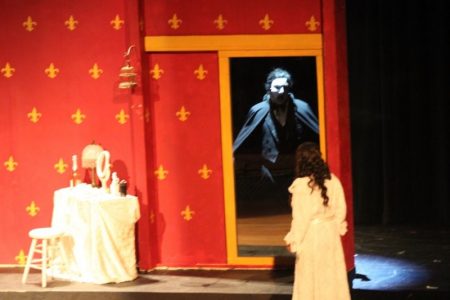 The Park Hill South Performing Arts Program is a shining example. It’s the sort of group that passes the love of top-quality theatre on to the next generation. Putting on a professional quality stage show with a young cast provides the highest level of fine arts education. (It also leads to packed houses!) In an age of iPads and million dollar CGI, seeing this much professionalism at a High School level production is a breath of fresh air.