Over the past six months, TheatreWorld’s design teams have planned and produced several original scenic backdrops. We will introduce many of these new, next generation creations to our expanding rental inventories this summer. They will be available as part of specially-priced show packages sometime in the next several months.

Les Miserables, Phantom of the Opera, and More… 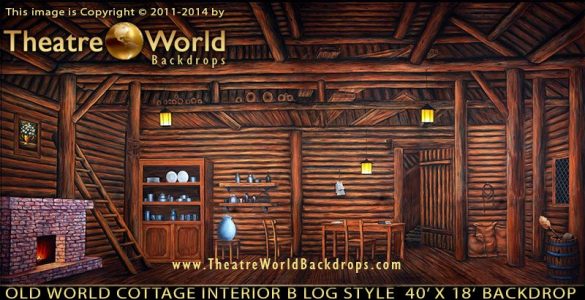 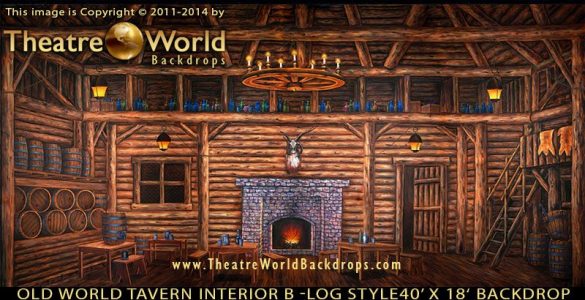 TheatreWorld’s Old World Cottage and Tavern Interiors were originally designed for mega-hit Les Misérables. However, they would work great for a variety of shows. (Including Disney’s BEAUTY AND THE BEAST, CAMELOT, FIDDLER ON THE ROOF, CINDERELLA, MAN OF LA MANCHA, ROBIN HOOD and more!) Similarly, the Old World Town Square and the Les Misérables Barricade scenic backdrops would enrich a variety of shows and events.

Furthermore, we have added multiple new Signature Series Backdrops to our inventory. Though we originally designed these drops with THE PHANTOM OF THE OPERA in mind, they work well for a variety of in-demand shows and themes. 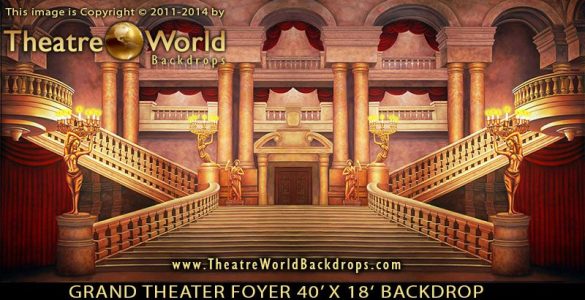 New Castles and Palaces are on Their Way!

Additionally, our new Castles and Palaces backdrops are beginning to ship to customers. Our completely re-designed and enhanced Medieval Castle Interior, for example, is ready to support a client’s performance in June. Medieval Castle Interior is very detailed, period authentic, and colorful. This drop takes one giant step into the future for rented scenic backdrops! 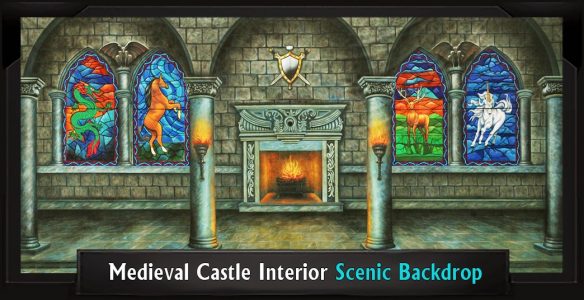 Similarly, TheatreWorld’s new Agrabah Palace will debut in Tampa, Florida on May 31st. Next, the drop will appear in St. Joseph, Missouri. (June 11-17.) We highlighted the draft sketch of this Disney-inspired masterpiece as part of a three backdrop announcement in early April. Surprisingly, based on past satisfaction/enthusiastic word of mouth, customers are placing orders based on the sketches alone.

TheatreWorld’s Signature Medieval Castle Exterior is currently in production, too. We scheduled the release for this summer. Medieval Castle interior will complement our Medieval Castle Interior. This drop will support multiple shows and event themes. Additionally, our Agrabah Palace Interior and the new, very detailed Agrabah marketplace scene will be available starting in June. 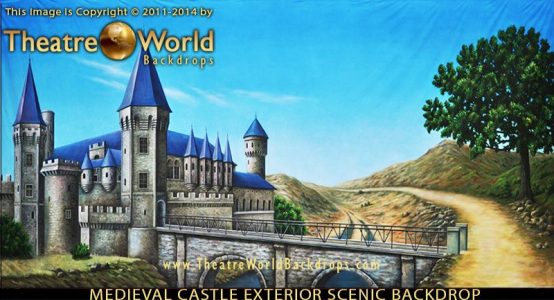 Finally, TheatreWorld’s new Dr. Seuss Signature Series Backdrops will debut in the Tampa, Florida area on June 26th. The drop will support Stages Productions’ Summer Theatre Camp’s production of Seussical, Jr. As part of our agreement with Stages, we won’t display any sketches or photos until the week before the performances. We developed all three new, custom Signature Series backdrops in collaboration with the Stages’ team.