In mid-May, TheatreWorld announced it was developing a new series of backdrops to support the ever-popular SEUSSICAL: THE MUSICAL. (Seussical is offered by Music Theatre International.) We developed these drops in collaboration with Stages Productions of Florida. The goal of the joint project was to create highly-colorized, detailed, and fun backdrops to support this popular musical.

We are very excited to report that the backdrops have just arrived at TheatreWorld. They are simply stunning! The amount of hand-painted detail that has gone into these backdrops is mesmerizing. (To the point where photos, quite frankly, do not come close to doing them justice!)

Our Seussical backdrops are available either individually or as part of a specially priced bundled package. The initial three Signature Series backdrops are below. 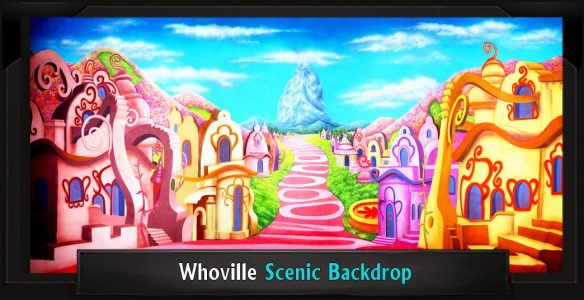 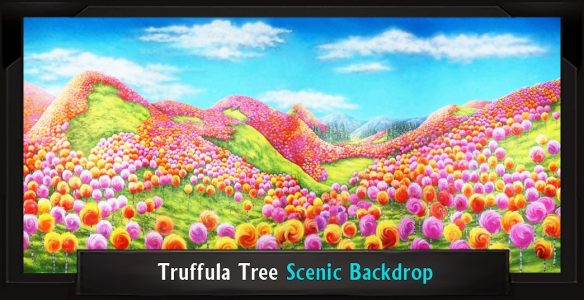 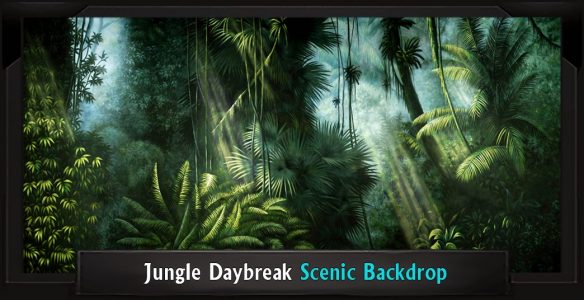 Shortly, these new scenic backdrops will debut with Stages Productions. Stages will feature the drops at one of their three summer theatre camps. The Dr. Seuss series inspired the new backdrops. They will provide an interesting bridge between books, film, and theatre.

Mike Mathews, TheatreWorld’s Creative Director, and Rick D’Onofrio, Artistic Director of Stages Productions, feel this new Signature Series backdrop will enrich the young people’s performances. This production should be one of the finest in Stages’ annual summer camp history.

At the end of camp, Stages will provide photos of the backdrops in action. (The images above are from TheatreWorld’s facility.)

We have also scheduled a Christmas version of Whoville, which we will release this fall.

TheatreWorld hopes its clients and their audiences enjoy the unique scenic backdrops as much as we enjoyed creating them! We look forward to your comments!