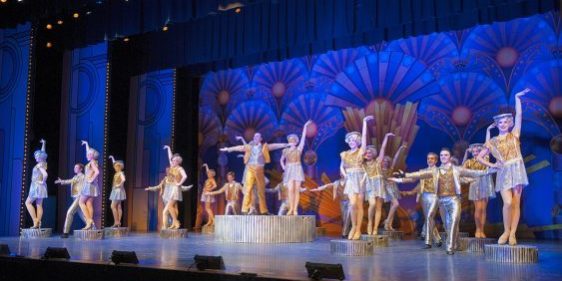 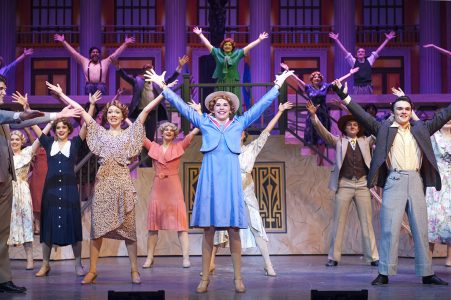 Imagine High School Musical wasn’t so much a Disney concoction as a real place, where you could step inside its halls and run into theatrical stars of tomorrow just waiting to be discovered. That’s what we found when we came across Floyd Central High School in Indiana, located just across the river from Louisville, KY.

Meet Director of Theatre Arts, Robbie Steiner, who is in his fourth year helming the department after the retirement of his mentor, Chris Bundy. Steiner wasted no time putting his stamp on things and he reached out to TheatreWorld to supply his backdrops for an ambitious staging of 42nd Street . (The production goes to the International Thespian Festival this summer.) We caught up with Robbie to discuss this incredible theatrical school, his students, and their dreams and ambitions for the future.

TW: Tell us a little bit about yourself.

RS: I’ve always had a passion for theatre. I started performing professionally at the age of 10. I’ve done numerous local productions and toured nationally with the company of “Singing Hoosiers”. While I have an acting background, it was at Indiana University where I realized that teaching was the direction I wanted to go in. I’ve been privileged to learn hands-on in every aspect of theatre, performance and production, and I wanted to pass that along to my students.

TW: Talk about your teaching philosophy when it comes to theatre.

RS: Theatre has so many positive influence on young students, in the business as well as just in life. Theatre promotes community building, teamwork and learning how to function in a collaboration. The company mindset of theatre teaches kids to focus on the group more than themselves, builds confidence and humility, and how to communicate with other people and work together towards a common goal.

TW: Where does your appreciation for this philosophy come from?

RS: (laughing) Eight summers of working at a Catholic summer camp. Chris Bundy was also a huge influence on me, he really took me under his wing and helped cement my love for the theatrical community. I actually worked with him on a show when I was 12, so it was such a privilege to work alongside him at Floyd Central for two years. Assuming his title when he retired was such an honor, sometimes I have to pinch myself to believe that this really is my life and that I get to do what I love as my job!

TW: Do the students at Floyd Central share your enthusiasm?

RS: Absolutely! Every day is like High School Musical… without most of the offstage “drama.” While the school is very well-rounded as far as general education, sports and arts, there’s such a strong performance element here that we’re always working on a production. We have two venues on site, a large auditorium with just under 900 seats and a smaller theatre of 130 seats, so there’s always something going on.

I teach the same way I learned: hands-on, practical experience onstage and behind the scenes. We have two learning tracks for theatre at FC: one is performance-oriented and the other is technical, so each student can get a rounded education and experience while concentrating on what they love. 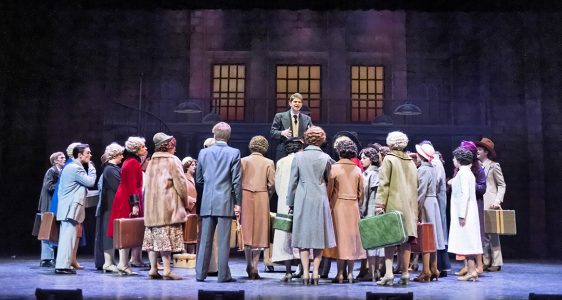 TW: Can you tell us about any rising stars in your student body?

RS: They’re all rising stars in my opinion! Each student’s potential is really up to them to take as far as they can, and to really go for what they want. For example, one of my technical students right now is an amazingly hard worker. As a freshman, he’d never done any theatre technical work at all, and now he’s one of our most prominent lighting designers. He went above and beyond our curriculum, finding online resources to complement his education, and he’s really taken off in that regard. He’s a shining example of how limitless any student’s potential can be with hard work and the right attitude.

TW: Talk about the show you’re doing now. Why did you choose 42nd Street?

RS: We have so much talent here at Floyd Central, I wanted a standard, splashy Broadway musical with a huge cast and challenging choreography. 42nd Street fit the bill perfectly. It’s a classic, so audiences know what they’re going to get, but I think we really surprise a lot of people with the quality of our performances. Since we’re sort of a small, mid-western community, I don’t think people expect much of our high school productions. It’s fun to really blow them away with the production value that we can offer here.

TW: How did TheatreWorld contribute?

RS: I start my production design based on my backdrops, that’s where I draw my inspiration and set concepts from, so it’s essential that I have quality there. TheatreWorld’s quality and selection are unbeatable, every backdrop I’ve ordered from you just looks great, and really goes a long way to exceeding audience’s expectations for production value. It’s also budget-friendly, because the right backdrop can save you a lot in terms of building set pieces, costuming and even props. The backdrop just does so much of that work for you. That it’s easy setup and breakdown just adds to the cost value.

RS: Yes, we’ve been recognized by the Educational Theatre Association as one of the top theatre programs in the country. We’ve performed in Europe at the International Fringe Festival on several occasions, and were awarded runner-up by USA Weekend in their “High-School Musical Showstopper” contest for our production of Beauty and the Beast in 2007. This year we’ve been invited by the International Thespian Society to perform at the National Festival and we couldn’t be more excited. 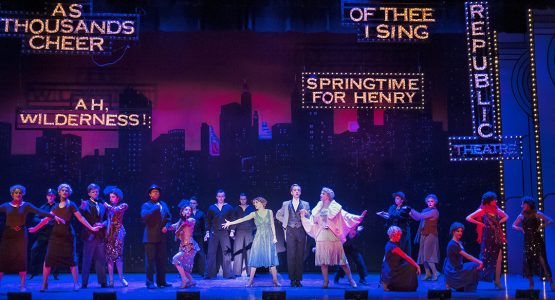 TW: If there was one moment that captured the spirit of theatre at Floyd Central, what would it be?

RS: Just recently, when we were casting the male leads for 42nd Street, it came down to two of our phenomenally talented students who were neck-and-neck for the role. Despite the competition, one of the students who had an easier time learning the choreography helped his classmate get ready for the audition. That’s exactly the kind of community support and humble confidence that we like to instill in our students and that makes our program shine. It was such a proud moment for me.

TW: Any words of advice for other theatre programs?

RS: It’s such a blessing to be able to do what you love – never lose sight of what a privilege that is. Stay self-educating so that you’re always improving your craft and yourself as a human being. There are no limits to chasing your dreams when you work hard, stay humble, and remember how special the theatre community is.

RS: I just want to thank TheatreWorld for always being flexible and accommodating. You’re always listening to my needs and I really feel as if you have just as much passion for my shows as I do and you want to help make our productions the very best they can be. The selection, with new drops constantly coming available, and customer service are top-notch.

TheatreWorld is proud to have supported Floyd Central Theatre Arts over the past several years and across multiple productions. We look forward to continuing that support.

Congratulations and break a leg at the International Thespian Festival, Steiner and Co.! 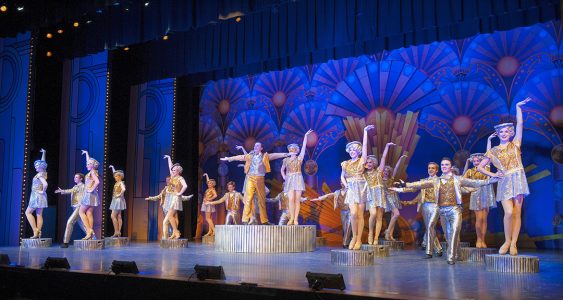 We’re in the Money Scenic Backdrop

It’s Our Pleasure to Support You and Your Productions!
March 8, 2016

Congratulations to Charlene’s School of Dance of Spring Hill on their 38th Annual Recital!
June 18, 2015